Kyushu University is a core university which has history dating back to its founding in 1911. While guaranteeing educational quality at an international level, Kyushu University aims to be a top-level education and research hub marked by vitality and a willingness to address future issues with continual and autonomous reforms. Our efforts to do so build on traditions that have continued for more than a century.

Kyushu University has around 3,500 faculty members and researchers (about 300 of whom are foreign faculty members) who are engaged in world-class research. It is highly rated in terms of both its research and education capabilities, placing 4th in the Times Higher Education Japan University Rankings 2019, while in the QS World University Rankings 2019, it placed 8th in Japan, 30th in Asia, and 126th overall. Particularly worthy of mention is the fact that the QS World University Rankings 2019 rated Kyushu University 23rd worldwide in the Engineering — Mineral and Mining subject area, reflecting the fact that our academics are engaged in research with a large number of researchers from other countries. 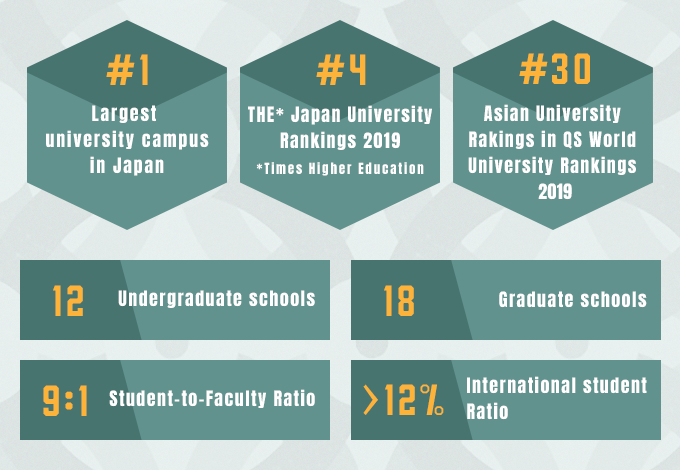 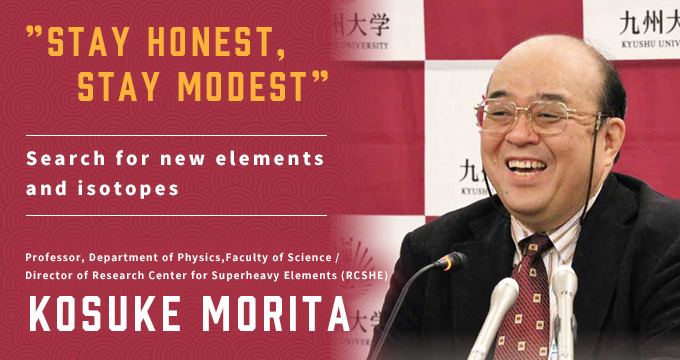 2. An educational environment that cultivates a wealth of talent

Kyushu University has 12 undergraduate schools, 18 graduate schools, 4 professional graduate schools, and 5 research institutes. With 64 graduate school courses and 5 undergraduate courses that enable students to earn a degree entirely through the medium of English, our academic curriculum is tailored to the diverse needs of international students. We host a wide array of talent from the leading universities worldwide with which we have concluded exchange agreements, enabling us to create a campus that cultivates individuals with extensive knowledge and broader horizons, who will continue to learn independently throughout their lives and contribute to the world’s development as leaders in the global community.

A total of 2,521 international students from 97 countries (As of November. 2018) study at Kyushu University, which has four campuses: the 272-hectare Ito Campus, which is the largest of any university in Japan, the Maidashi Campus, the Ohashi Campus, and the Chikushi Campus. Each campus is well-equipped with systems that offer a variety of support. These include the International Student and Researcher Support Center, which provides support to international students starting before their arrival to the university; the Counseling and Health Center, which is staffed by counselors who can provide multilingual assistance; and the International Student Center, which has specialist staff who offer support in finding employment. Dormitories are available for new international students and there is a shuttle bus service from Fukuoka Airport to each dormitory, ensuring that you have peace of mind when arriving in Japan for the first time. In addition, for those who are anxious about their ability in Japanese, we offer Japanese language classes for students currently enrolled at Kyushu University so you can learn Japanese while pursuing studies in your specialist field.

4. An academic culture focused on constantly taking on new challenges

Kyushu University’s key strength is the creative and basic academic research conducted in an extensive range of fields by our researchers, who are motivated by intellectual curiosity. We proactively undertake cutting-edge research, propose new social systems, and conduct field trials, with a view to solving the challenges faced by society. Our approach to this involves not only promoting specialization in academic fields, but also blending and integrating different disciplines, thereby providing the impetus for innovation.

5. Fukuoka City: a hub for exchange in Asia

Fukuoka City has developed through exchanges with mainland Asia and the rest of the world for many years. Due in part to its abundance of domestic and international air and shipping routes, the number of visitors to the area has been growing consistently year after year. Fukuoka has both urban and rural facets, combining all the functions that one would expect of a city with a rich natural environment. It has a mild, comfortable climate and rarely experiences disasters, so you can live here with complete peace of mind. Young people (aged 15-29) make up a bigger part of the population than in any other city designated by government ordinance and, as the National Strategic Special Zone for Global Startups and Job Creation, the city offers support for startup ventures. Business costs, too, are lower in Fukuoka than in other big cities, making it somewhere young people can establish a base from which they can expand their influence. 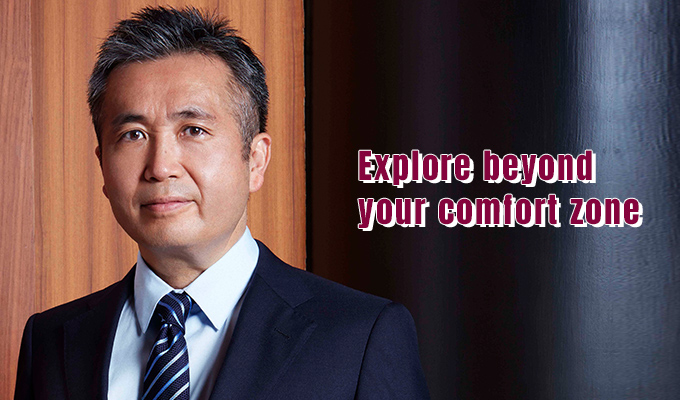 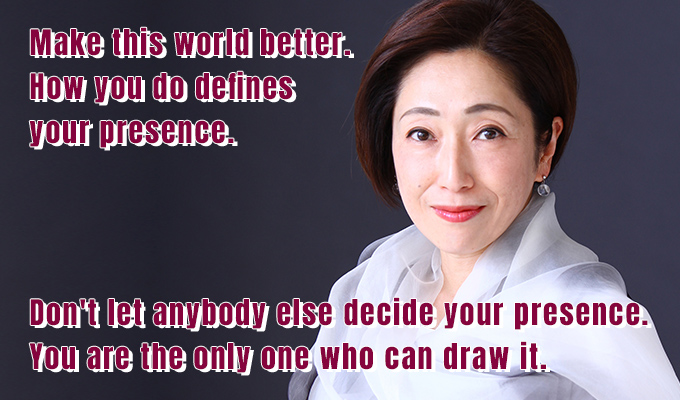 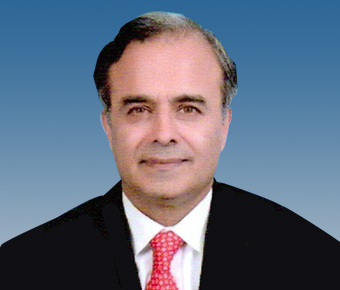 Message from Ambassador
It was a great pleasure and honour for me to study at the prestigious
Kyushu University. Kyudai offers a unique and attractive learning
environment for foreign students because of the existence of number of
special courses designed exclusively for overseas students. The warmth
and friendliness of the people of Fukuoka makes the whole learning
experience at Kyudai even more interesting and rewarding.

I cherish my days at Kyudai and as Ambassador of Pakistan to Japan, I
am very keen to promote deeper linkages between Kyudai and our
national educational institutions. 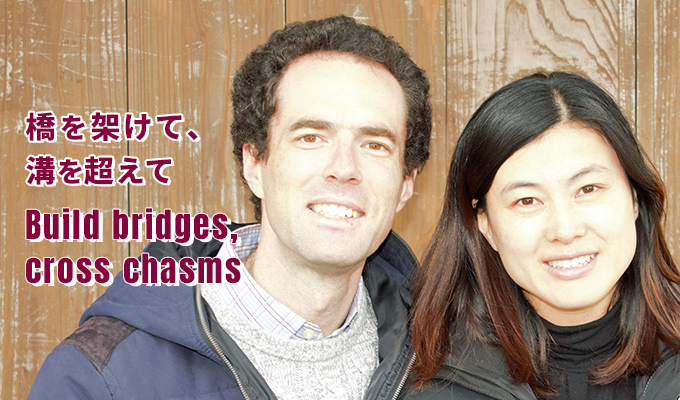 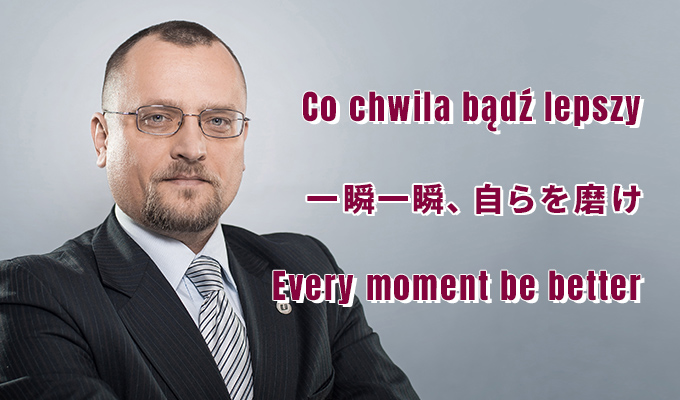 JACEK IZYDORCZYK
Ambassador Extraordinary and Plenipotentiary of the Republic of Poland to Japan
School of Law, MEXT scholarship student (2005‐2007) 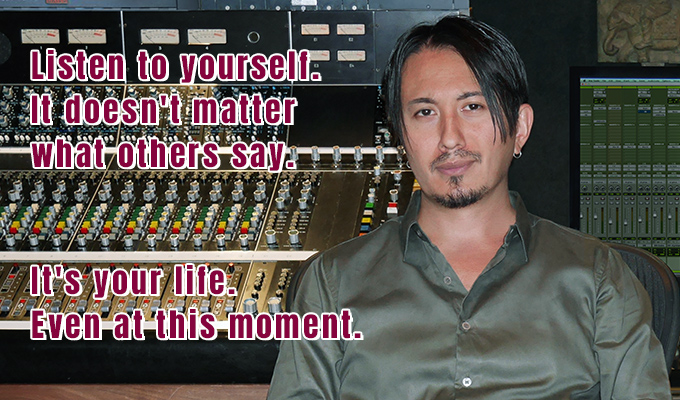 Message：
With the general consensus in Asia being that South East Asia is the new frontier,
there is no better place to be than Kyushu and Kyushu University – the Gateway
for Japan to the rest of Asia.